Former Liverpool defender Martin Skrtel terrified fans on TV as he returned to Wembley Stadium when England hosted Slovakia in a World Cup qualifier. The ex Reds star scared many going by online accounts of the event during the national anthem as he previously caused an uproar for the use of a weird hairnet – which acted as a bandage holder – during training ahead of the clash.

As the camera man ran through the array of stars for the game, the Slovakian skipper stared into the lens. Though it was just for seconds, its intensity was scary especially as his face appeared on HD TV.

Martin Skirtel after long-serving career with The Redsswitched to Fenerbahce until 2019.

The gallant defender joined Liverpool in January 2008 from Zenit St Petersburg, he so far had 320 appearances for The Reds with invaluable 18 goals during his memorable career at the club.

The 32-year old had his first Premier League clash at home against Aston Villa 10 days after his arrival, by his great hard work, he become an important centre-back in Liverpool's defence squad – he had the best and most appearance in the 2010-10 English Premier League campaign.

Back on October of 2016, Fenerbahce travelled to Old Trafford in order to face off with Manchester United for the group stages of the Europa League.

During this match in specific, the Slovakian defender Martin Skrtel was booed every single time that he touched the ball.

Liverpool long time star Lucas Leiva is set to be axed this summer, according to reports.

The relevance of the Brazilian is always a source of debate amongst fans but this time it seems both sides of the divide are in consonance. After a decade at the Merseyside, Leiva would likely end his stay.

Slovakia defender, Jan Durica believes the Three Lions’ win over Slovakia in the FIFA World Cup qualifier match on Sunday was fixed by the match officials.

Adam Lallana netted a 95th minute winner for the Gareth Southgate tutored side, with Slovakia skipper Martin Skrtel sent off after been cautioned twice during the encounter.
The 35-year-old defender Durica who plays his club football for Turkish side Trabzonspor believes there was some foul play at work during the fixture.

Liverpool fans have likened Ragnar Klavan as someone who is capable of committing silly mistakes like former defender Martin Skrtel.

Klavan was at fault for a recent goal conceded at Southampton. Both teams were up against each other in the EFL Cup semi-final looking to progress to the final of the competition. Liverpool reached the final last season only to be beaten by Manchester City. This was the second loss in a final for the team. Nathan Redmond scored the only goal of the game in the final few minutes to give Southampton a slender advantage in terms of the aggregate score.

“Always passionate, playing or not.”

This was one of the things fans had to say about good old Martin upon the confirmation of his move from Liverpool to Fenerbahce on July 14, 2016. Martin Skrtel is a football center back born in Handlova, Slovakia and currently plies his trade in the Turkish league with Fenerbahce.

On November 3 of the ongoing year,Fenerbahce received Manchester United at the ŞükrüSaracoğlu Stadium in Ishtabul and they managed to secure a 2-1 triumph over the Premier League titans. Martin Skrtel performed during the entirety of that match and he wasted no time in voicing his joy after being able to defeat the rival club of his former team. As a former Liverpool player, being able to overcome Manchester United is something that feels more significant for him. 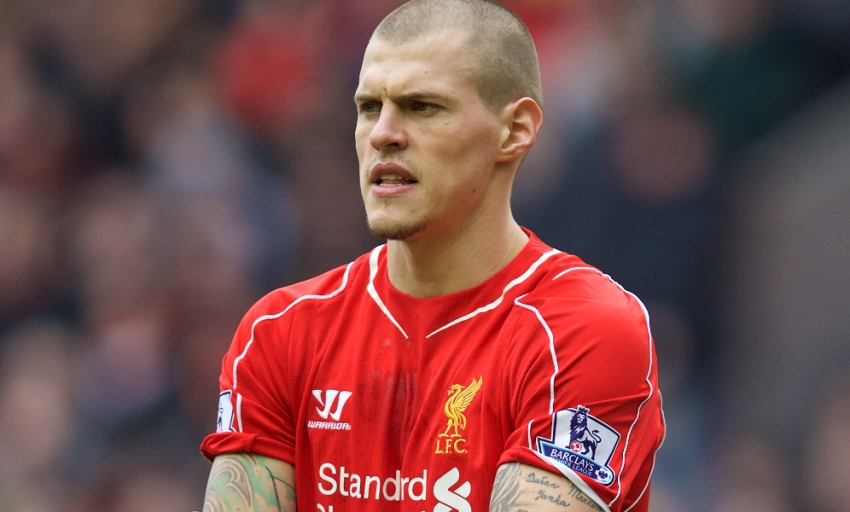 The Premier League outfit, now managed by Jose Mourinho, will be one of the favourites to win the competition. As the club are currently struggling to achieve consistency in the league, winning the Europa League will be seen as a route to qualify for next year’s Champions League.

Chelsea boss Antonio Conte believes that Liverpool already have an edge over Chelsea in the Premier League for the 2016-17 season because manager Jurgen Klopp has had the chance to know the team over the last nine months.

Klopp came in as the replacement for Brendan Rodgers midway through the 2015-16 season. Even though Liverpool did not finish the campaign with a trophy, they had immense success in the form of reaching the final of the Europa League. Not many expected Liverpool to come with a chance of winning two major honours before the end of the season.