Turkish Super League giants Fenerbahcesigned Slovakian defender Martin Skrtel from Liverpool in a £5m deal. His transfer from the Reds was officially confirmed on July 14, 2016. Martin Skrtel had spent almost a decade at Liverpool before signing for Fenerbahce. 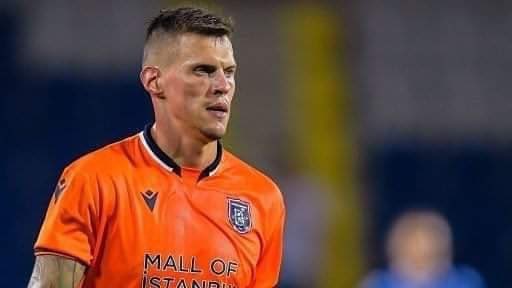 In his debut season at Fenerbahce, Skrtel scored twice in 31 league matches. At the end of his first season at Fenerbahce, it was rumoured that the defender wanted to return to English football. He was in the Premier League for over eight years. Martin Skrtel was linked with several teams in the Premier League including Swansea City, Stoke City and Newcastle United who were newly promoted to the English top flight at the time and managed by Spaniard Rafael Benitez who was the manager at the start of his Liverpool career. Benitez had an influence on the transfer that took him from Russian Premier League outfit Zenit Saint Petersburg to Liverpool in 2008.

At the time of the transfer rumours linking Martin Skrtelwith a move away from Fenerbahce, manager Karol Csonto played down those rumours as he stated that his long-term future is at the club and that the player won't be returning to the Premier League even if Chelsea were keen on signing him. He said that Skrtel is happy at the club.
Skrtelcontinued to be linked with a transfer away from Fenerbahceinto autumn 2018 and spring 2019. He was also linked with a move to Spanish La Liga giants Barcelona, but the player rejected the transfer as he was unsure of his potential role at the club. Skrtel also had a lucrative offer from Saudi club Al-Ahli Jeddah, but he was reluctant. He was linked with a reunion with national team colleague JurajKuckaat Parma. In the end, he signed for Istanbul Basaksehir FC of Turkey in the summer of 2019.