SKRTEL TO MISS MONTHS THROUGH INJURY

InstabulBasaksehir defender Martin Skrtel will miss several months of football after he underwent surgery on a serious Achilles injury. This is according to a source close tohis Turkish club via a statement on the injury suffered by the Slovakian international centre back. Martin Skrtel had to be stretchered off the pitch after he ruptured the Achilles tendon in his left foot during the final league game of the year, a 2-2 draw at home to 10-man Kasimpasa.Martin Skrtel had to leave the field at the start of the second half as a result of the injury and was replaced by Turkish international player Mehmet Topal. 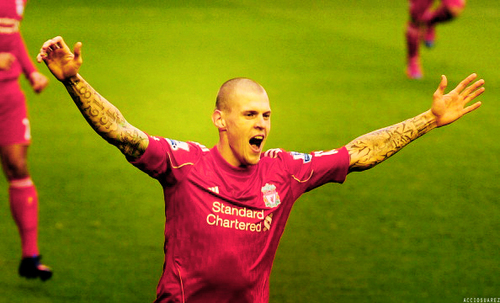 The extent of the injury suffered by Martin Skrtel during the game was revealed by a club source to Turkish media outlet Anadolu Agency.It was revealed that the former Liverpool player would be out of action for a long time. It remains to be seen whether he would return between now and the end of the season when his contract will expire. Martin Skrtel has some months left on his existing deal with the Turkish champions. The said deal will expire in the summer.

Ex-Liverpool star Martin Skrteljoined Turkish club InstabulBasaksehir in 2019 and he played an important role as he won the league title with the club in his debut season. Martin Skrtel has scored four goals in 44 appearances for Istanbul Basaksehir since he joined them on a free transfer. Istanbul Basaksehir qualified for Champions League football this season after winning the league in the Turkish top flight last season. Martin Skrtel was a regular feature for Istanbul Basaksehir in the Champions League this season as the Turkish champions finished fourth in the group of death (Group H) behind Manchester United, RB Leipzig and leaders PSG. Manchester United dropped into the Europa League, while the other two teams progressed into the next round of the competition.